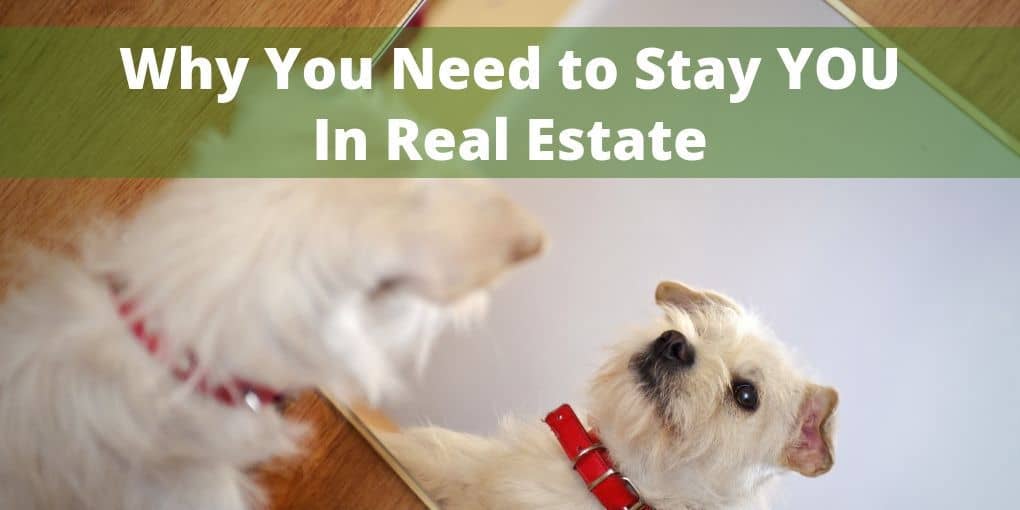 Here’s some of the best advice I ever received as a new real estate agent, courtesy of my friend Rick Bakke.

Back when I was a struggling new real estate agent, Rick was kind of the maverick warhorse in the office – a high-volume agent who looked a bit like Santa Claus and often delivered purchase and sale agreements from his Harley Davidson.

Rick had some good tips for me as a new agent back then, and I often refer to this one as “the best advice I’ve ever gotten in real estate.”

“If you can’t be yourself as a real estate agent, hang it up.”

Now as easy as that sounds, sometimes it’s not.

The fact is, when you’re starting a completely new business, it can be really tough to figure out when you’re just leaving your comfort zone but growing in a good way, and when you’re crossing over into the zone of trying to become someone that you’re not.

Growing is great. Becoming someone you’re not is, well, not.

But since both typically involve fear and discomfort – and we entrepreneurs tend to set ourselves up for challenges – it can be an easy mistake to force yourself to plunge ahead when you actually should step back and say, “Hey, that’s just not me.”

So, listen to your intuition – and be honest with yourself.

If a script or prospecting language feels uncomfortable, is it just because you’ve only practiced it a few times? Learn it by heart, so that you can say it without thinking about it, and then evaluate it again. Maybe by then you’ll just want to tweak a few words and it will be “yours”.

Or, maybe you’ll think, “I would rather do 100 sit-ups in a pit full of moray eels than ever say these words to another human being.” In which case, it’s on to Plan B.

The same goes for your mailings, your presentations, what you say on your website – all of the ways you interact with clients and prospects.

“You” will change over time, but it just always has to stay “you”.

I thought about calling Rick a few weeks before he passed on, but I put it off, and will always regret that. So I’m passing along his good advice instead.